As food deliveries became a new norm during the pandemic, the trend gave rise to the increasing problem of recycling paper meal boxes. Investing billions of NT dollars in new facilities to solve the issue of paper containers, how has Taiwan paper industry giant Cheng Loong managed to reduce costs by NT$100 million per month, reduce its carbon output, and even sell green electricity? 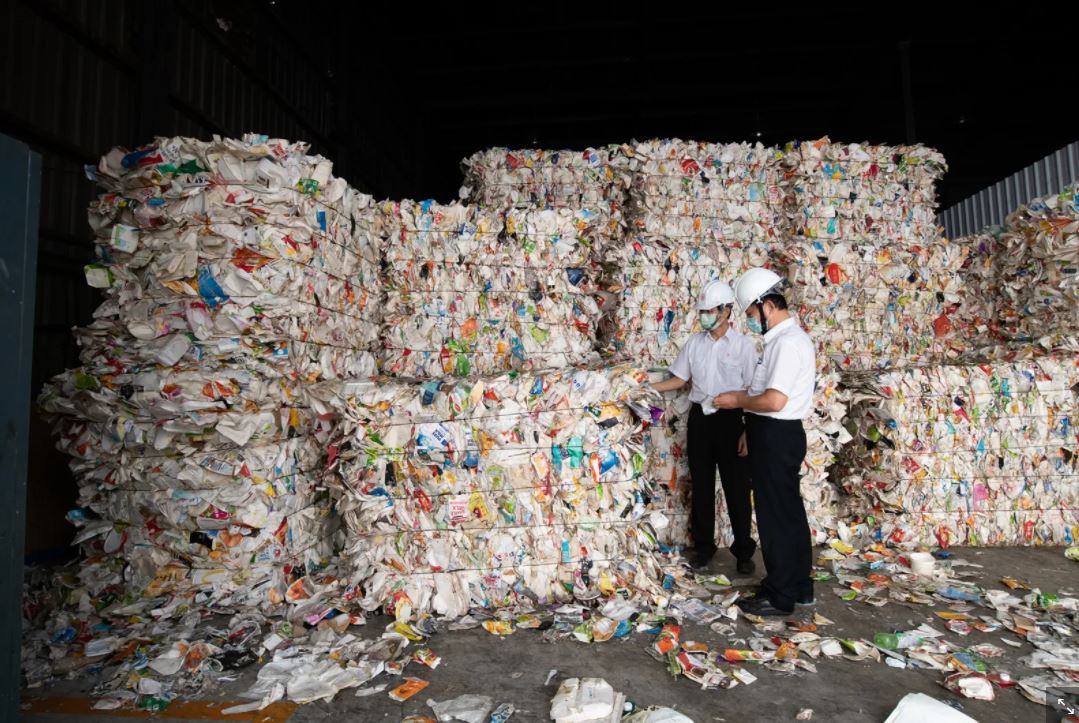 Perhaps Cheng Loong, Taiwan’s largest paper manufacturer, is not a familiar name to most people, yet everyone in Taiwan has certainly used their toilet paper and kitchen towels. In fact, four out of every 10 cardboard boxes, shoeboxes, and cake boxes used in online shopping are made by Cheng Loong.

As early as next year, one out of every two paper cups and bowls used for food deliveries will be recycled and manufactured by Cheng Loong into boxes or packaging. In order to achieve this, Cheng Loong has made numerous preparations, investing billions of NT dollars. And in addition to giving paper containers a place to go beyond a single use, while reducing CO2 output, the company can save over NT$100 million per month in costs.

Mountains of cardboard boxes and paper containers are not rubbish, but rather precious raw materials. Paper is carried on a conveyor belt and tossed into a machine resembling a large blender. Water is added, and the mixture is reduced to paper pulp. Plastic slag is then sifted from the pulp, shredded, and compressed to make oblong fuel pellets.

This solves the key issue of the proper recycling of paper containers.

Paper containers are not just made of paper. Bowls and bento boxes are all lined with a type of plastic known as coated paper. These “foreign objects” are sifted out during the recycling process. “See, inside are plastic pieces, tape, and staples,” remarks Wu Wen-chen, director of the Cheng Loong facility in Zhubei, as he fishes out the slag material.

Around one ton out of every 10 tons of recycled paper is non-recyclable waste. In the past, one had to pay a hauling service to deal with it. But the problem only grew worse. Wu relates that Cheng Loong began processing discarded paper containers in 2018, and the explosion in food deliveries in recent years has seen a commensurate surge in paper containers, pushing the costs of waste treatment higher and higher.

However, Japan’s paper industry has been turning shredded plastic into substitute fuel for years. Cheng Loong has worked with the Industrial Technology Research Institute (ITRI) in recent years to turn slag into fuel, both alleviating the issue of waste materials while reducing use of coal for fuel.